I used to blog on another platform. Check out what I shared in earlier years here.

Today we have been looking at other people’s Manaiakalani films. I like this movie because
I liked it when they were getting ready inside the tunnel and the part when they sang the song. I rated it 5 stars which is the highest in the rate number click this link to watch the movie 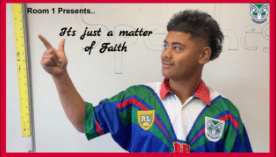 After morning tea we went to the field and met Coach Bart.

After he introduced himself we had to run inside a  square and we had to run on our toes and then our heels. We had to run low and run high and after that he said “which one was the easiest?” We all said  “stand tall and on our toes.”

After that we played a game called sheepdog which is a game when two people have to be the dogs  and they have to chase the others with a noodle and tag them inside a square.   It’s so fun playing that game and we got so hot also.

After that we learned how to start a running race with “on your mark, get set, go.” So we got into four groups and then we waited behind the line for the coach to tell us to “go.” We had to run as fast as we could up to the wall. I accidentally ran a crooked line but then I got the hang of it.

After that we huddled up then he asked us some questions then we went back in class. THE END 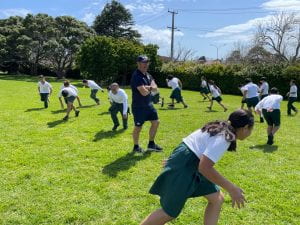 At the beginning of the term we made potato people. My potato was so big and I thought that it was going to be easy but of course I was  wrong  – it was harder than I thought. It took a lot of tooth picks, glue, material and my brain working hard but we finished our potatoes after 3 weeks! We decided we were going to use our potatoes to make a story for our class movie and Ms Toland said we could make a stop motion movie using them.

We had to make four background for our movie. They were inside the castle, a party scene, the evil layer and a rocket. I was part of the evil layer and we got to paint a box black and grey and stars and planets. Then we went with Ms Toland to the library to film our part of the movie. I really enjoyed it and want to se the end movie one day. THE END 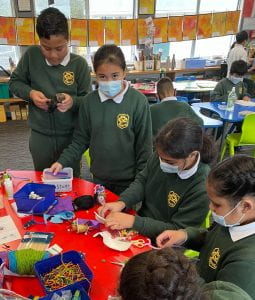 This Monday we played basketball. Our coach’s name is Tray. He is the best coach. Our first session was shooting the ball in the hoop and then we played red light, green light, yellow light, purple light and last but not least blue light. After that we played Bull dog. It’s a game when we line up beside each other  at the end of the court and then the coach picks a person.  The person needs to snatch the ball from the people. Oh and the others have to run to the other side  with the ball and after that we finished .THE END 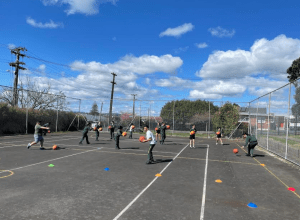 Today we have been  learning Legit or fake.

when we are on line it is important to learn because your can work on a chrome book.

In our story, the moral of the story is to never judge a book by its cover. 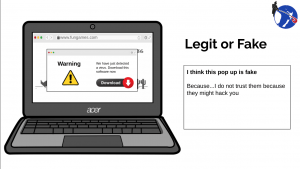 We have been making animation on our chrome books in Google slides.

I really enjoyed this because I like it when we create Google slides.

My favourite part was when I liked it when I made my favourite character The flash got the bad guys.

My story is about the flash so when the bad guy came he caught the flashes dad and then he put bombs in the house and then the flash had powers and then got the bad guy.

Last Thursday a coach from Kelly sports came to our school. We watched a video of the Maori legend about Ki o rahi. The main characters were Rahi and Tiara and the bad guy called Patupaiarehe. He came and looked at Rahi’s wife Tiara and he took her away. Rahi was able to save her in the end and they lived happily ever after.

It was raining so we couldn’t play the real game on the field. We played some tagging games under the canopy. I was in the Taniwha team and we had so much fun.

I am looking forward to learning how to play Ki o rahi and  I hope the weather is good this  Thursday. 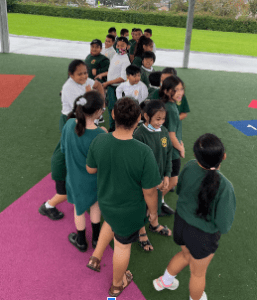 Last term we started to collect recycling things to make a tree hut. We had to bring them to school for the last week of term when we were going to plan how to make our own tree houses.

First I  made the tree with three toilet paper rolls. I stuck two rolls on the side of my tree and the tree went up into the air. Then I decided to make my hut inside that tree. I made the hut with a little box that was stuck down with glue. Sometimes I used too much glue and it took a long time to dry.

In the end we were able to paint our tree huts and that was successful. The first test was to see if it would fall over in front of the fan for ten seconds. This was like a wind and my hut stood still. Then we put 4 scissors on top of the huts to check for weight and I was successful too. Last, we went outside and Mrs Yumul poured some water over the huts to see if they were water resistant. No water got inside mine. I was very happy.so much fun. I put a picture of a family inside the window of my hut. It looked cool.

On the last day we had to do three tests to see if we were successful we won. 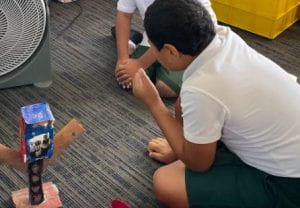 This is my fishbowl. I mabe it in google draw.

About Me | Ko Wai Ahau

Add the link to the About Me blog post here.

Keep connected with this blog